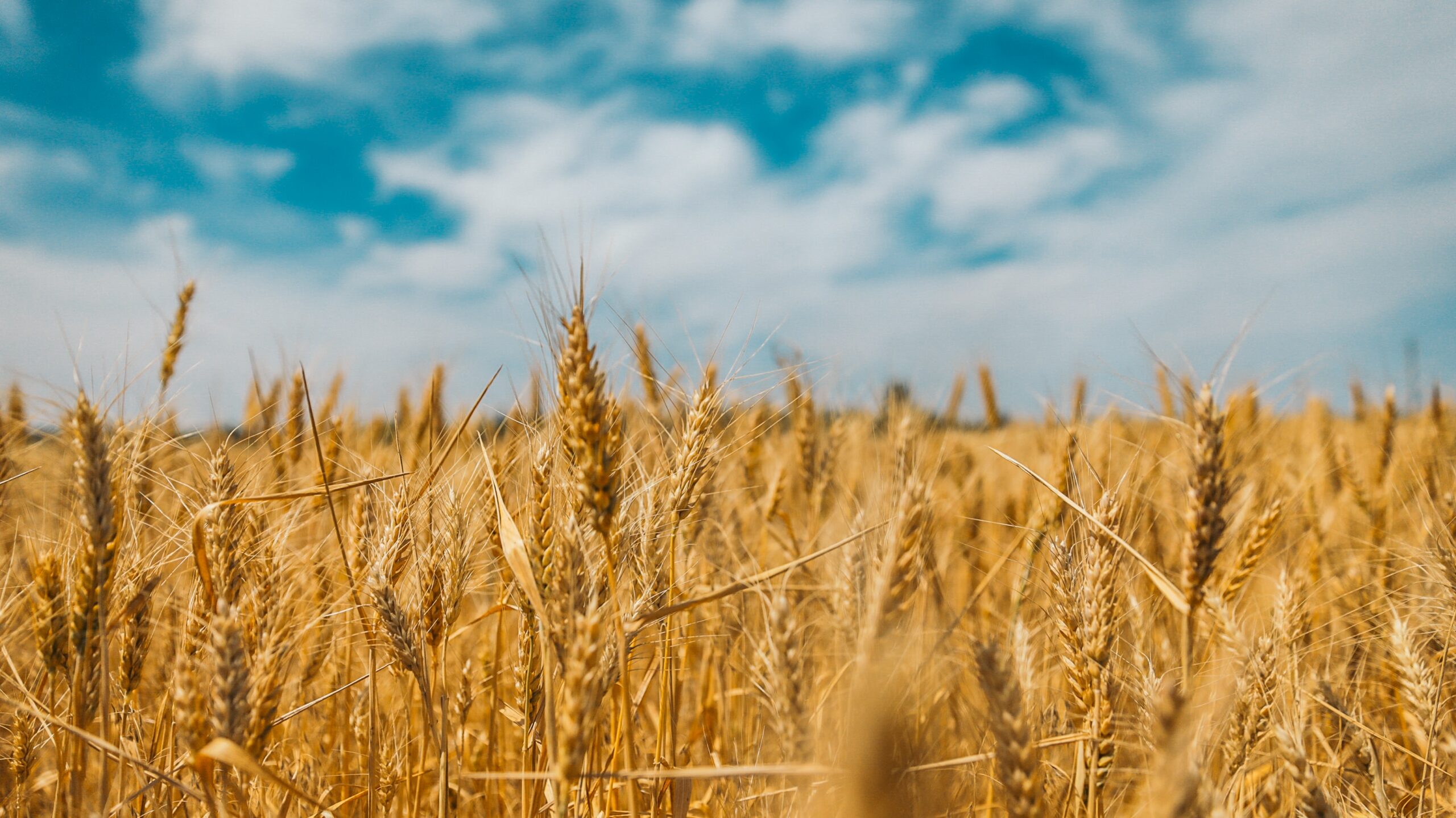 Glyphosate and Brain Health. Here’s What You Need to Know to Help Your Child.

As the global population has grown and technology has advanced, we’ve also seen an increase in toxins. They are everywhere from our food, to the air we breathe, to the mattresses we sleep on.

Toxins and chemicals have become a part of our everyday lives. We’ve talked before about how our bodies deal with toxins and how a toxic overload can cause issues. But today I want to talk about a specific toxin that’s global use has increased dramatically since its introduction in 1974. That toxin is glyphosate.

Glyphosate is a chemical compound with a molecular structure similar to glycine, an amino acid. This compound is used widely as the active ingredient in herbicides, specifically in the product RoundUp. Glyphosate is a non-selective herbicide, meaning it will kill any plant it contacts. If you’ve ever sprayed Roundup on a weed in your yard, you probably noticed that it killed the surrounding grass as well.

But glyphosate isn’t just used on the occasional weed. It’s widely used commercially, especially on GMO crops. Scientists have learned how to genetically modify crops like soy, corn, canola, sugar beets, cotton, alfalfa, and sorghum to withstand glyphosate. So farmers can douse their field in this chemical to kill the weeds while leaving the crops intact.

Glyphosate kills plants by attacking a specific pathway. The aromatic amino acid (AAA) biosynthetic pathway is called the shikimate pathway. Since this pathway is not present in humans, this product was originally deemed “safe” for people. But now that its use has increased 100 fold over the decades since it was introduced, we’re seeing evidence to the contrary.

According to the World Health Organization (WHO), glyphosate is cancer-causing to humans. But cancer isn’t the only issue when it comes to glyphosate.

Glyphosate was originally patented as an antibiotic. So by definition, it kills bacteria. But studies have shown that glyphosate doesn’t kill the bad bacteria nearly as effectively as it kills the strains of beneficial bacteria found in your gut.

The shikimate pathway that’s disrupted by glyphosate in plants may not be present in humans. But it is present in the bacteria that lives in our microbiomes. In fact, studies have shown that over half of the strains of bacteria found in a healthy gut are vulnerable to glyphosate. So every time you eat food from a crop that was sprayed with Roundup, you are killing off the good bacteria in your gut.

Because glyphosate has a similar structure to the amino acid glycine, it also affects your amino acids. We rely on our gut microbes to produce the amino acids that are precursors to all biologically active hormones like serotonin, melatonin, and melanin. And because amino acids are the building blocks of protein, many of the proteins in our bodies are also susceptible to glyphosate damage. And that can lead to disease.

Because glyphosate is structured similarly to glycine, it can actually replace glycine in our systems. And this is a huge issue when it comes to collagen, which makes up 25% of the body’s molecules.

And glyphosate triggers the release of zonulin, a protein that causes the lining of the small intestine to open up, causing leaky gut. And leaky gut is the beginning of a wide variety of conditions from food allergies to autoimmune diseases.

The human microbiome is closely tied to the brain. Anything that affects one will also affect the other. So as glyphosate is damaging the gut microbiome (potentially leading to leaky gut), it can also damage the brain.

Detoxification is a critical component in healing from complex illnesses. So it’s important to make sure that the body is detoxifying safely and effectively. But glyphosate interferes here too.

Our bodies have pathways by which we eliminate the toxins we are exposed to. Without getting into too much detail here, your body will remove toxins from your tissues and attach them to another substance that will escort the toxins out of the body through urine, sweat, or feces.

Glyphosate is a mineral chelator, meaning that it attaches to minerals. It pulls iron, cobalt, manganese, zinc, and copper. It disrupts sulfate synthesis and transport. And because it’s synergistic with aluminum, it also increases aluminum’s toxicity. Glyphosate acts as a glycine molecule and binds with glutamate to cause excitotoxicity. Plus it decreases manganese, which stops the conversion of glutamate to glutamine.

Generally, glyphosate disrupts the detoxification process and interferes with your body’s ability to effectively utilize the minerals it needs to function properly.

What do I do about glyphosate exposure?

We’ve all been exposed to glyphosate. It’s in our food and even our water — as it was approved to help remove the lead from pipes.

But it is possible to treat the damage caused by this harmful chemical and avoid further exposure. When I work with clients, one of my primary goals is to gently detoxify their bodies. And glyphosate is often a target that I focus on.

Here are a few steps I recommend to address glyphosate exposure:

The best way to avoid glyphosate is to eat organic. Roundup is a pesticide and is not used on certified organic products. But be careful. Eating fresh produce isn’t the only way you may be exposed. Glyphosate is used on a variety of products that may show up as ingredients in foods, especially the ‘Roundup-ready’ crops mentioned at the beginning of this article.

Fulvic minerals are formed when microorganisms break down plant material over long periods of time. These minerals are safe and have been shown to interfere with the protein buildup associated with brain diseases like Alzheimer’s disease.

Epsom salts — the brand name for magnesium sulfate — are a mineral-rich, detoxifying, and soothing addition to your bath.

Sulfur is a great mineral for detoxification. Sulfur also helps with the production of Metallothionein, a protective molecule that binds with toxic metals in the digestive tract and helps rid them from the body. Sulfur-rich foods include eggs, ginger, broccoli, onions, and garlic.

Add glycine or grass-fed collagen to your diet.

Because glyphosate has a similar structure to glycine, adding glycine to your or your child’s diet can help. You can take supplemental glycine in the form of grass-fed collagen. This can be added to drinks like smoothies and blended coffees. Collagen — a good source of the amino acid glycine — is also great for hair, nails, and connective tissue.

Because glyphosate interferes with minerals in the body, it’s a good idea to eat mineral-rich foods and consider taking a mineral supplement to make sure you stay sufficient. I recommend talking with your practitioner to make sure you’re taking the supplement that is best suited for you or your child.

Homeopathics gently encourage the body to heal and detoxify itself. Talk with your practitioner about the best homeopathic remedies for your situation.

A healthy immune system is a key component to both everyday health and overcoming complex illnesses. If you’d like to learn how to improve your immune health, you can download a free copy of my ebook Everyday Immunity here.

If your child is struggling with a complex health concern like PANS/PANDAS, autism, autoimmune disease, or ADHD, detoxifying the body from chemicals like glyphosate can make a big difference. If you’re ready to help your child’s body detoxify, let’s talk. 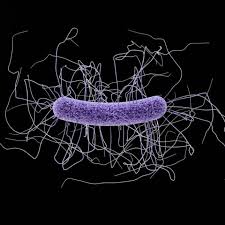 Is Your Child Struggling With ADHD or Autism? How Clostridia May Be to Blame 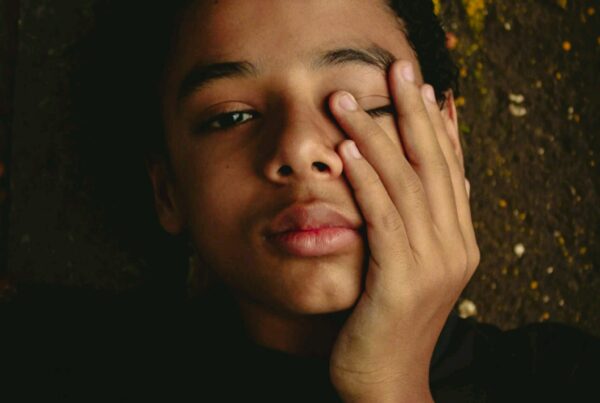 What Is H. Pylori? The Insidious Bacteria That Can Silently Damage Your Child’s Health 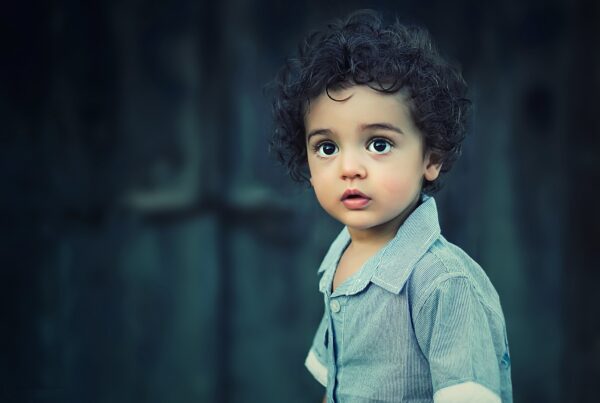 Why Binders are a Must When Detoxing Your PANS/PANDAS Child

Please Note: under no circumstance will the services provided by Lauren Lee Stone, LLC diagnose, treat, operate on or prescribe for any disease, pain, injury, or physical condition. Only a licensed physician may engage in such activities.